Pics from the FNG league. 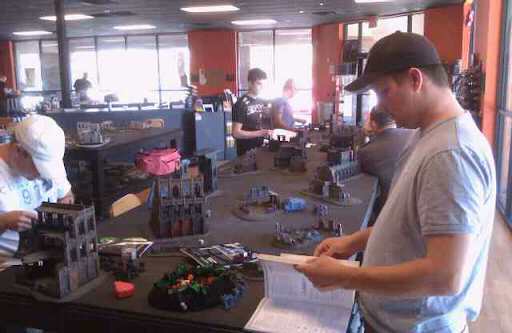 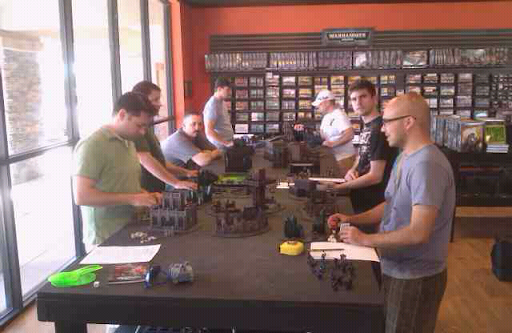 Added by Mike "Warboss" Jackson at 12:26 AM No comments: Links to this post

Okay, so I painted some Grey Knights

Well after a really piss poor performance by me in my last class, I decided to get some painting in to ease my frazzled nerves.

Last Saturday after the FNG 40k League I started, Shane and I were talking about armies, and we both decided to grab up a box squad for different armies that we would like to either paint or play.

I grabbed a Grey Knight Strike Squad box and Crowe, the GK character.

The GK models are AMAZING!  Beautiful levels of detail, and tons of options.  I assembled my squad with a Justicar (Leader), 2 GKs with Psycannons and 2 GKs with Falchions.  I was able to throw down some pretty dynamic poses with the Falchion GKS - 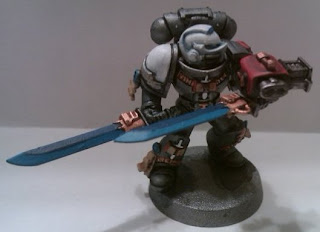 Crowe, however, was a disappointment.

The model, as with most GW metals, was a good sculpt, but he is so tucked in tight, not terribly dynamic, plus I had to file off rivets on the helmet because of a nasty mold line running over a rivet......But again, I am totally stoked about how the squaddies came out.
Added by Mike "Warboss" Jackson at 11:34 PM No comments: Links to this post